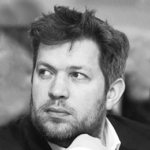 Barry started working at Creative & Commercial in 2002 before taking over the company in 2008. Barry has worked with some of the world’s largest brands & enjoys the challenge of building the small ones. Barry has worked with our not-for-profit clients on fundraising campaigns that have raised over £250m. Occasionally a Jewish Chronicle columnist, permanently a father of four & loves them all as much as he loves Arsenal.